The wind farm will produce electricity for approximately 63,000 average Australia households as well as promoting Victoria as an environmentally friendly eco-power destination. The resulting displacement of greenhouse gas emissions is expected to be equivalent to up to 370,000 tonnes of CO2 per annum. The indicative capital cost of the wind farm is estimated at AUD$160-180m, with a significant amount to be spent in Victoria.

New renewable energy is the least expensive form of utility-scale renewable energy generation capable of being rolled out on a large scale. Australia stands to gain some $17 billion of investment and 10,000 jobs from wind energy projects that are currently proposed or approved. Much of this would flow to regional and rural Australia.

New renewable energy can also protect against the expected price increase in the cost of fossil fuels such as coal and gas.

Few Australians until recently did not realise we are now in competition with the rest of the world for gas – and higher demand has already doubled wholesale prices in the last year. While gas power stations are cheaper to build today than new renewables, the cost of renewable energy is coming down fast ……. thanks to advances in technology and larger-scale component production. As gas prices continue to rise into the future, so will the cost of running gas power stations. Meanwhile, the fuel cost of the new renewables is free – and Australia has it in abundance. 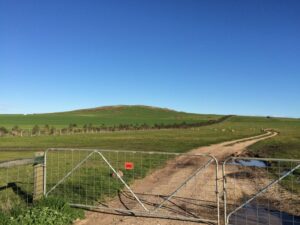